Recently, The Economist outlined How to Make a Good Biopic in light of the slew of biographical and semi-biographical films being released in the coming weeks.? The article wrote by   ?Oscar voters love them because the ?based on a true story? tag gives them a veneer of seriousness?? The article goes on to discuss a number of critically-acclaimed films from the and partial-biopic subgenre, all which certainly fit the ?seriousness? that is applauded by The Academy year after year.? But just last year, the Oscar-nabbing film The Social Network stirred up controversy when its portrayal of its subjects was called ?a complete work of fiction? by, well, its subjects.? Since the people portrayed in the film were all public figures, it was technically fair game to not bother with changing character names despite a good chunk of the movie being largely fictionalized.

Of course, this particular case is a little more interesting since the people portrayed are not yet dead or even far removed enough from the news item that is now being packaged for the big screen.?? Moviegoers saw this happen yet again with Moneyball although Paul DePodesta did request that his name be changed (Peter Brand played by Jonah Hill) after finding the script to be more ?Inspired by Real Events? than ?Based on a True Story.?? These labels are like the film industry equivalent of FDA regulations regarding our country?s love for Frankenfood (as demonstrated by Taco Bell?s beef vs. meat vs. meat product vs. not-meat-at-all fiasco earlier this year) and with technology allowing a quicker turnover between conception of an idea and its accessibility to an audience, it may not be too surprising if the litigious ultimately push for stricter terms of use for these labels.

Law and Order and its many spinoffs boast that their stories are ?Ripped From the Headlines,? and rip they do.? Their most popular spinoff, SVU, has covered pretty much any and every special victims news headline from the last three or four decades (and considering most of the series takes place in present-day Manhattan, those who don?t reside here are left to believe it?s easily the most dangerous place in the world).? There are times they do little in changing the original news story with episodes parading characters like Billy Tripley, a shameless rip of Michael Jackson with the only differentiations being in name and career (Tripley is a toy company CEO).? In their Domnique Strauss-Kahn episode (announced just two months after the incident), they pretty much ripped the headline when the headline was hot off the press and even had one of the detectives call it ?another Dominique Strauss-Kahn situation? (like some sort of self-loving nod to the fortune of receiving this headline right before the new season).

So for lack of better exclamations, what?s up with that? It?s one thing to change names to protect the parties involved (or protect one?s own ass), but what?s the deal with being a clear rip of a story but also acknowledging the actual events within the storyline? 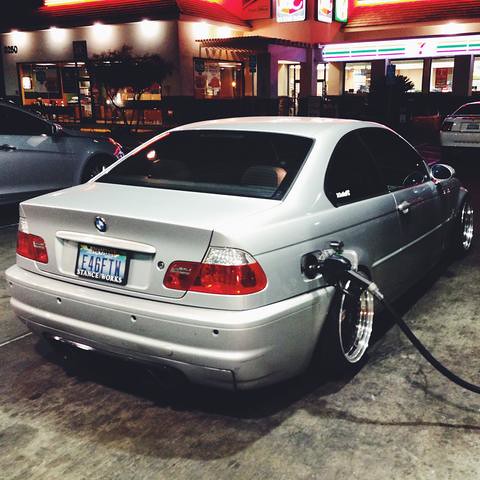 And how about the opposite of this occurrence of not changing characters/real people?s names and placing them in original/fictional/offbeat/obsessive situations? Once upon a time, FanFiction (or for those opposed to the extra syllable, ?FanFic?) was contained within the science-fiction community in hopes of extending the lives of their favorite fictional characters.? Eventually, this broke beyond sci-fi and into mainstream/more popular television shows and many took it upon themselves to create the storyline they wanted but were never given.

A visit to sites like WattPad /nd one will see that FanFic is no longer exclusive to fictional characters (preteen girls seem to find it cathartic to write and read about average suburban girls somehow ending up with Justin Bieber).? Most are far from great literary works (hell, most can?t be called literary) but a surprising amount of these pieces have legitimately interesting plotlines and are well-written (take it from a person who knows not of Justin Bieber but somehow read a couple stories? in the name of research).? The stories are free and available on the site with no need for download but the concept is reminiscent of the free-for-all self-publishing world that Amazon introduced with Kindle Direct Publishing years ago.? Anyone can publish just about anything which means anyone who writes or blogs about anything remotely literary (as I occasionally do) now have inboxes/mailboxes full of ARCs and free books.? One that recently crossed my path appeared particularly relevant to today?s discussion.? If you thumb through the indie-published Hidden Gem books by India Lee, you?ll find it peppered with ?articles? and ?blog posts? by fictional entertainment magazines and bloggers.? If you are well-versed in celebrity gossip, you?ll find these ?fictional? bloggers are clear rips of the popular ONTD, Perez Hilton, JustJared, among others, using similar memes and vernacular as the individual bloggers do.? But just as SVU did with the whole ?referring to the thing we?re totally ripping from,? Lee refers to D-Listed and ONTD as competitors in searching for the Lady Gaga-esque protagonist?s true identity (the plotline, from what I gather, is pretty much Hannah Montana for the Gossip Girl crowd) and the tweeny, celebrity-laden story refers to real celebrities as well as what I believe are fictional ones (there?s just no way to tell anymore, I?m not hip and I?ve come to terms with that).? And as Gaga has her Little Monsters and Justin Bieber has his Beliebers, a character by the name of Tyler Chase (undoubtedly based on Bieber) has his ?Tyler Chasers.?? The books are not free like the FanFic on WattPad (unless you?re on the Lit Drift staff, in which case you can find the ARCs on my desk) but considering it?s subject and publication method, is that pretty much the only thing that sets it apart? In this amazing short by UK filmmaker Tom Jenkins, a lonely desk toy longs for escape from the dark confines of the office, so he takes a cross country road trip to the Pacific Coast in the only way he can ? using a toy car and Google Maps Street View. This is stunning.

More: Inspiration / Movies / Recommendations
An Advice Column From a Man-Bear
Oh, man. This is amazing. Gary Socquet over at The Nervous Breakdown has published an online advice column, answered by a part-man, part-bear. In his own words:

So people call me Garebear (Bear for short) not because it rhymes (that would be lame, and my friends are not lame) but because I?m actually half bear, on my mother?s side. A few years back I started an advice column for the lovelorn: as it turns out, you learn a lot about making relationships work when one of your parents is a bear. And, well, I just like to feel useful. I think you?ll see what I mean. Let?s dig into the mailbag, shall we?

My boyfriend is my best friend, he?s smart and funny and sexy, but he?s not a giver: he never considers my feelings, never asks me how my day was, and in five years he?s never once told me I look pretty. What should I do, Bear?

Are you pretty? Is it possible one of the qualities you left off the list of his many fine traits is ?honest?? Have you ever considered the possibility that he?s just taking pity on you? I mean, you call him your best friend, but it doesn?t even sound as though he likes you all that much. You?re clearly very needy, you have limited self-esteem, and at this point the jury is still out on your looks ? although, honestly, if he?s never once in five years said you look pretty, well, do the math. And count your blessings.

I?m following up to let you know I took your advice and talked to that girl at work I like. You were right ? it was so easy! Turns out she got a new pair of glasses and she was asking people in the break room what they thought, and I said, ?They?re librarian hot.? (No pun intended.) What?s my next move, Love

Guh. Please tell me you didn?t . . . Okay. Shit. Okay. Your next move . . . your next move. Okay, here?s the thing: ?no pun intended? is not an idiom. It means exactly what it means. It is intended to follow an unintentional play on words, like when you?re in a meeting and somebody asks the fat guy to ?weigh in? on the topic. So I?d say your next move should be to tell her in no uncertain terms how much you love her boobs, and then say, ?No pun intended.? Get it, Scott?